By the end of 2012, the derivatives market landscape in Europe will be very different from the one that exists today. At that point, a series of proposals put forward by the European Commission (EC) will have been implemented to further transparency and responsibility in the market. So far, European operations have escaped formal regulation, but this « Wild West » is to be no more, according to European Commissioner for Internal Market and Services Michel Barnier. When unveiling the European Commission’s proposals in September 2010, he argued that the absence of regulatory framework contributed to the financial crisis. It is thus time to regulate, since « from mortgages to food prices, OTC derivatives have a big impact on the real economy », he said.

Under the Commission’s proposals, trades in OTC derivatives in the European Union (EU) will have to be reported to central data centers, or trade repositories. Regulators in the EU will have access to the data, which will give them a better overview of who owes what to whom and enable them to detect potential risks early on. In addition, trade depositories will have to make aggregate positions public, by class of derivatives.
Greater transparency is not enough, though. The proposals aim at increasing safety, too. This means reducing counterparty risks. The EC, contrary to European corporations’wishes, proposes to transform OTC products into standardized ones when they benefit from a high level of liquidity, among other criteria. Those OTC derivatives will have to be cleared through central counterparties. Since the central counterparties will take the risks, they will be submitted to strict rules of internal governance, greater requirement in capital, as well as audit checks.

The EC proposals also tackle operational risks, in particular for complex, bespoke contacts. These need manual intervention, where human error can occur. The Commission’s proposals include an obligation made to market participants to measure, monitor and mitigate those risks, by using, among other devices, electronic means to confirm the terms of OTC contracts.

However, EU-based non-financial entities will be required to fulfil the clearing obligation if certain thresholds are exceeded. The Dodd Frank Act and European rules may further diverge in practice, depending on final decisions made by CFTC, SEC and ESMA, since regulators could take into account the fact that medium sized firms are already required either to post a deposit or confirmed credit lines by their banking partners; according to Dominique Chesneau, CEO of Tresorik Conseil, a French risk management firm.

In any case, the thresholds are not set out in the EC proposal. ESMA, the new European Securities and Markets Authority, together with the new European Systemic Risk Board and other relevant authorities will draft technical standards on what these thresholds should be, and submit these proposals to industry review. The discussions could be tense, as multinational corporations want to do business “as usual” and small & medium enterprises fear they will use too much cash for deposits and margin calls.

Thresholds and details for non-financial entities hedging operations will be determined by the three super-regulators: European Banking Authority, ESMA and European Insurance and Occupational Pensions Authority, in conjunction with the Commission before June 30, 2012.

Regardless of the new rules, if a commercial firm solely using OTC products for hedging purposes wants to add more safety to its operations, it could go through a clearer1 depending firstly on its ability to manage the risks and secondly, on ESMA’s decision over which types of trades clearing houses should develop capacity to clear.
1. Eurex Clearing AG ; EuroCCP (European Central Counterparty Ltd) ; ICE Clear Europe ; LCH.Clearnet Ltd ; LCH.Clearnet SA ; NASDAQOMX ; NYSE Liffe 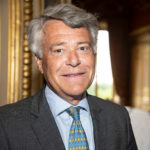