Even after “Losing” Alstom, France Has More Corporate Champions than Most

The bid from General Electric (GE), a leading US-headquartered conglomerate, for the power division of Alstom, a maker of turbines and trains, has prompted much soul-searching in France. Alstom’s acceptance of GE’s bid  is widely seen in France as symbolic of the country’s relative decline. The argument is that the glorious France of yesteryear could muster an array of vigorous national corporate champions, but these are disappearing or leaving the French territory one after the other.

The same litany of loss is repeated again and again. Pechiney, an aluminium producer, was purchased by Canada’s Alcan in 2003. Arcelor, the heir to France’s historically strategic steel industry, was merged into ArcelorMittal in 2006. More recently, Publicis, a communications behemoth, has considered moving its headquarters to the Netherlands as a consequence of its merger with Omnicom; Lafarge, a cement maker, is similarly moving its head office to Switzerland while merging with Holcim; and the purchase of SFR, France’s second-largest mobile phone company, implies it will become a subsidiary of Altice, a Luxembourg-based group. France is described as at risk of being left without economic centers of decision, a vassal of foreign business powers.

The description of mass corporate exodus fits a narrative of national decay. France’s exports are slumping. Its tax burden has grown unbearably high, feeding an inadequate state-centered economic model. Its credit has been downgraded by the leading rating agencies. It is unable to match either the performance of Germany or the structural reform of its southern neighbors. Its best minds and entrepreneurs are emigrating, discouraged by the lack of opportunity at home. It is rapidly losing soft power. Its cherished language is increasingly neglected internationally. Even its restaurants are falling behind.

But on the specific issue of corporate champions, this story is not backed by the facts. Compared with the rest of Europe and the world, France is not losing ground as the location of major corporate headquarters—if anything, the opposite is true.

To get a sense of the bigger picture, let’s look at a comprehensive set of the world’s largest companies, France’s position, and its evolution over time. A good proxy is the 500 biggest listed companies by market capitalization, as published regularly by the Financial Times (FT 500).1

The following figures show the findings for the latest ranking, as of end-2013, and the earliest one, in September 1996. For each date, we look at the number of FT 500 companies headquartered in a given country in proportion to that country’s GDP (at market exchange rates, from the International Monetary Fund’s World Economic Outlook database), and compare the ratio to the global average. If the corresponding number is above 1, the country is overrepresented in the global population of corporate champions in comparison to its economic importance; if the number is less than 1, the country is underrepresented. The same calculation is then made on the basis of aggregate market capitalization instead of number of companies, to account for differences of corporate size within the FT 500 list. (The numbers are unaffected by the eventual fate of Alstom, Lafarge, and Publicis, whose respective market values are not large enough to be included among the 27 French companies in the list.)

Figure 1 Over-/underrepresentation in FT 500 list, by number of companies (2013)

As figure 1 illustrates, France is ahead of the EU average, let alone its peers in the euro area. Archrival Germany is well behind. The United States, the world’s leading corporate powerhouse, does even better, but not by a wide margin. Corporate champions from China (which in this calculation includes Hong Kong and Macau) and the other BRICs—Brazil, Russia, and India—remain well underrepresented in the global landscape and would be even more so if the measure of GDP used was calculated at purchasing power parity. When measured by market capitalization, the United States and Switzerland are further ahead, as they are disproportionately home to very large corporate concerns. But France’s relative position is largely unaffected in comparison with its European peers, which suggests that its champions are not particularly lagging towards the bottom of the FT 500 list.

Trend-wise, and implausible as it may sound to Parisian pundits, France is actually doing better in this competition than it used to. The earliest available FT 500 list shows France’s corporate champions comparatively underrepresented, and slightly behind the EU average, both in terms of numbers of companies and of aggregate market value. (This list shortly predates the Asian financial crisis of 1997–98 and illustrates a temporary overrepresentation of some Asian countries, but this factor does not create much distortion from a global perspective and only marginally affects the relative positions of European countries and the United States.) Strikingly, in less than two decades France has gained considerable ground in comparison with the two traditionally headquarters-rich EU countries, the United Kingdom and the Netherlands, and even with Switzerland, whose stability, discretion, and tax restraint has made it a global magnet for corporate head offices.

Figure 3 Over-/underrepresentation in FT 500 list, by number of companies (1996)

What factors lie behind France’s position? No general explanation is ventured here. Many factors influence the rise and fall of companies in the FT 500 list. However, one may note one aspect that resonates with the current Alstom saga. Of the 18 French companies in the 1996 list, four have been absorbed by a French peer but none by a foreign buyer; by contrast, among the 108 other European groups in that same list, 21 (or almost one in five) have been the targets of a cross-border acquisition. When Arnaud Montebourg, France’s opinionated economics minister, recently commented that “French companies are not prey,” he was in a way making a statement of fact. This distinction is likely  at least partly policy-driven—i.e., the French government is more determined than its European peers to prevent its national champions from being taken over, and when such an outcome is unavoidable, it tends to favor national mergers over cross-border ones. This hypothesis fits with anecdotal evidence, such as when the French authorities appeared to dissuade Novartis from bidding for Aventis in 2004, PepsiCo for Danone in 2005, unnamed interested parties for Société Générale in early 2008, or indeed Siemens for Alstom, also in 2004.

Whether this policy serves the French national interest, as opposed to the special interests of the respective companies’ management and shareholders, is a matter of debate. Both the French elites and the wider public seem to take it as an article of faith that the more national champions, the better. In business matters, the French often appear to believe in intelligent design: Incumbency is viewed favorably, and any evolution in the corporate landscape is viewed with suspicion. Thus, the implicit premise of many discussions in France is that protecting, promoting, or otherwise helping established champions is good for the country.

By contrast, the economic case for such “neo-Colbertism” is far from self-evident. On the one hand, companies may have a home bias in locating their investments, and headquarters themselves are a source of high-quality jobs. On the other hand, the home bias appears to have decreased over time as the champions internationalize their production infrastructure and increasingly their research and development operations as well. The protection of incumbents erodes market discipline and encourages rent-seeking and ineffectiveness, and more dynamic new entrants are discouraged from the national market. The cost-benefit analysis of France’s “economic patriotism” is made even more difficult by the opaqueness of tax arrangements made with large companies (in France as in other countries), and the fact that, more generally, many of the corresponding costs are hidden. More economic research is needed on these trade-offs, the terms of which are continuously modified by globalization and technological change.

Irrespective of the economics, however, the factual observation remains unambiguous. French-headquartered companies are well represented among the population of global business giants, and increasingly so. France may have ninety-nine problems, but an extinction of corporate champions is not one of them. 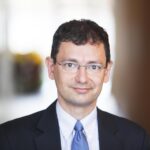