What is important to know or to understand while working in France? 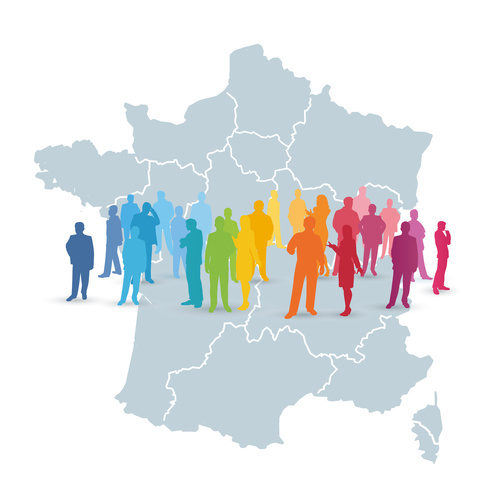 We know this famous sentence “Every man has two countries – his own and France”, and indeed France is a specific country and a specific culture. However, for foreign-ers working in France, French people, in their way of working, are surprising and not always easy to understand. In this article, the author explains the main roots of the French mindset and the French behaviour.

What a fantastic country France is: country which made the Revolution, country of the Declaration of the Rights of Man and of the Citizen, a country which guillotined his last king but is organized like a Republican monarchy, a centralized country, country of literature, country of the equality but elitist at the same time, country which like new technologies, country which has a superiority complex, country of fashion, gastronomy, arts, romance, country of cheese and wine… and so on. But what are the genuine roots of the French society, the French mind, and the French behaviour? I see five important roots which explain not all, but many things: Education, he top-down organisation model, The Cartesian system, the importance of words and culture.

As in many countries, education is very important in France. French educational system used to be one of the best in the world, and is frequently described as a system producing French elites. This system is not based on accumulation of knowledge, but focused on analysis, synthesis, general culture, and judgment. But this system is also based on individual competition. Competition is hard, and the stakes are high, as many things will depend on the diploma you get.

One consequence of this system is the importance of the diploma. Very often, the di-ploma will determine the salary. Beyond that, the diploma you get is a kind of stamp you will keep for many years. As you know, we have the system of grandes écoles in France which is important. In the public sphere, it’s not by chance that the majority of ministers graduated from the ENA. Given the competition to get the best diploma, there is a hierarchy between the diplomas. Someone who graduated from ENA will feel himself superior to someone graduated from HEC.

Another interesting result of this educational system is the autonomy, or to put it more precisely, is the individuality. In our educational system we are not requested to do team working. Working alone, in fact, comes from the French educational system, which from the early years of primary school instructs children to work by themselves and even against others competitively. This has consequences in the working envi-ronment, and this is a real weakness.

From the top-down France organisation model to the Hierarchy

The French hierarchical system goes far beyond the business world. It’s linked with France history. For many centuries, kings ruled France. During the French Revolution, monarchy was abolished and Louis XVI guillotined. But, we created the Republic, which is, since de Gaulle, a kind of Republican Monarchy. Our President, according to the French Constitution, has many powers. And his legitimacy derives from the universal suffrage. Unlike  most of the other European countries, the French President is the real chief of the executive and is not dependant on the Parliament. We have guillotined Louis XVI, but when there are extraordinary meetings of the Parliament (National Assembly and Senate), they are held in Château de Versailles…

France, as a territory and as a nation, is organized and centralised. Centralisation means that central power is in Paris. This is not new. Regarding the territory organisation, we still live on the legacy of Napoleon, who created the French départements. So, we have Paris, the region with departments, and the small cities and villages.

So, the French organisation model is clearly a top-down one, with a long habit, with the kings, Napoléon, de Gaulle, to have the power at the top, in Versailles or in Paris.  And, not surprisingly, we meet the same in the companies. In France, hierarchy is respected, not only because it has the power, but also simply because it is an integral part of our history.

René Descartes was a French philosopher, mathematician and writer. Descartes laid the foundation for 17th century continental rationalism. In his Discourse on the Method, he attempts to arrive at a fundamental set of principles that one can know as true without any doubt. To achieve this, he employs a method sometimes referred to as methodological skepticism: he rejects any ideas that can be doubted, and then reestablishes them in order to acquire a firm foundation for genuine knowledge.

In my mind, this explains the usual French skepticism for many things. Something could be good news, but as we are not 100% sure, we doubt. And this explains also the French pessimism. On the other hand, this Cartesian system has also developed a scientific culture, an ingénieur culture. We like things which can be demonstrated and we like technologies and new technologies such as the Concorde, the Minitel, the TGV (high-speed train), Airbus…

Another consequence of this Cartesian system is that French people always like to understand things before making any action; very often, in companies, foreigners are surprised when they give direction and instructions because French will always make questions.

I see, at last, another feature deriving from this Cartesian system; it is the esprit de synthèse, ability to synthesize, which is something important in the way of working and thinking.

The importance of words

In the business world, someone pointed out a fundamental difference between U.S. and French decision-making: Americans tend to focus on execution, whereas the French are more likely to emphasize the deliberative process. French like to talk, to discuss, to debate and sometimes too much.

This comes from our political history and also from our education system. The fact to express its own view and its own opinion is considered as a right, even as a duty. French people, whatever the situation is, cannot refrain from issuing their opinion and their judgment.

The French are creative, probably influenced by a long history of artists, and possess an avid interest to visit museums and artistic expositions. This is culture.

Each year we have the famous “Journées du Patrimoine” (Heritage Day); in last September, the Heritage Day had 12 million visitors in France. We mentioned before the literary culture of French people; if you look at the list of Nobel prices of literature, France ranks first with 15 laureates, followed by the USA with 11 laureates.

If the French mindset is very specific, France remains an open-minded country. The 90-year-old academician and novelist Jean d’Ormesson hit the proverbial bullseye when he noted: « France is not only a matter of contradiction and diversity. She also constantly looks over her shoulder, towards others, and towards the world which surrounds her. More than any other nation France is haunted by a yearning towards universality ».